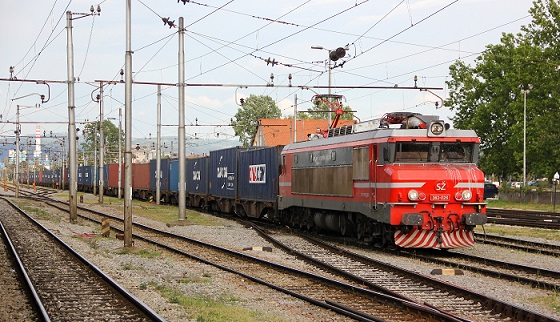 With the publication of paths for international freight trains in mid-January 2019 the Amber Rail Freight Corridor reaches its operational phase. The main goal of the corridor is to facilitate competitive cross-border rail freight between important industrial centers and intermodal terminals of Poland, Slovakia, Hungary and Slovenia, including the Adriatic seaport of Koper, and to provide efficient links to Euro-Asian railway routes in Malaszewice at the border to Belarus and towards South-Eastern Europe via Kelebia, border station to Serbia.

From 14 January 2019 onwards the Amber Rail Freight Corridor offers pre-arranged catalogue paths for the timetable year 2019/2020. Capacity requests are to be addressed to the Corridor One-Stop Shop which provides all necessary information about the infrastructure capacity along the corridor.

Thanks to recent infrastructure investments such as electrifications, the Amber Rail Freight Corridor strengthens with its increasingly attractive route the position of international rail freight on the North-South axis in Central-Eastern Europe. The corridor contributes to develop and implement harmonized solutions for the provision and management of rail freight capacity and helps to shift long-distance road traffic to rail.