meeting with the rfc amber railway and terminal advisory groups 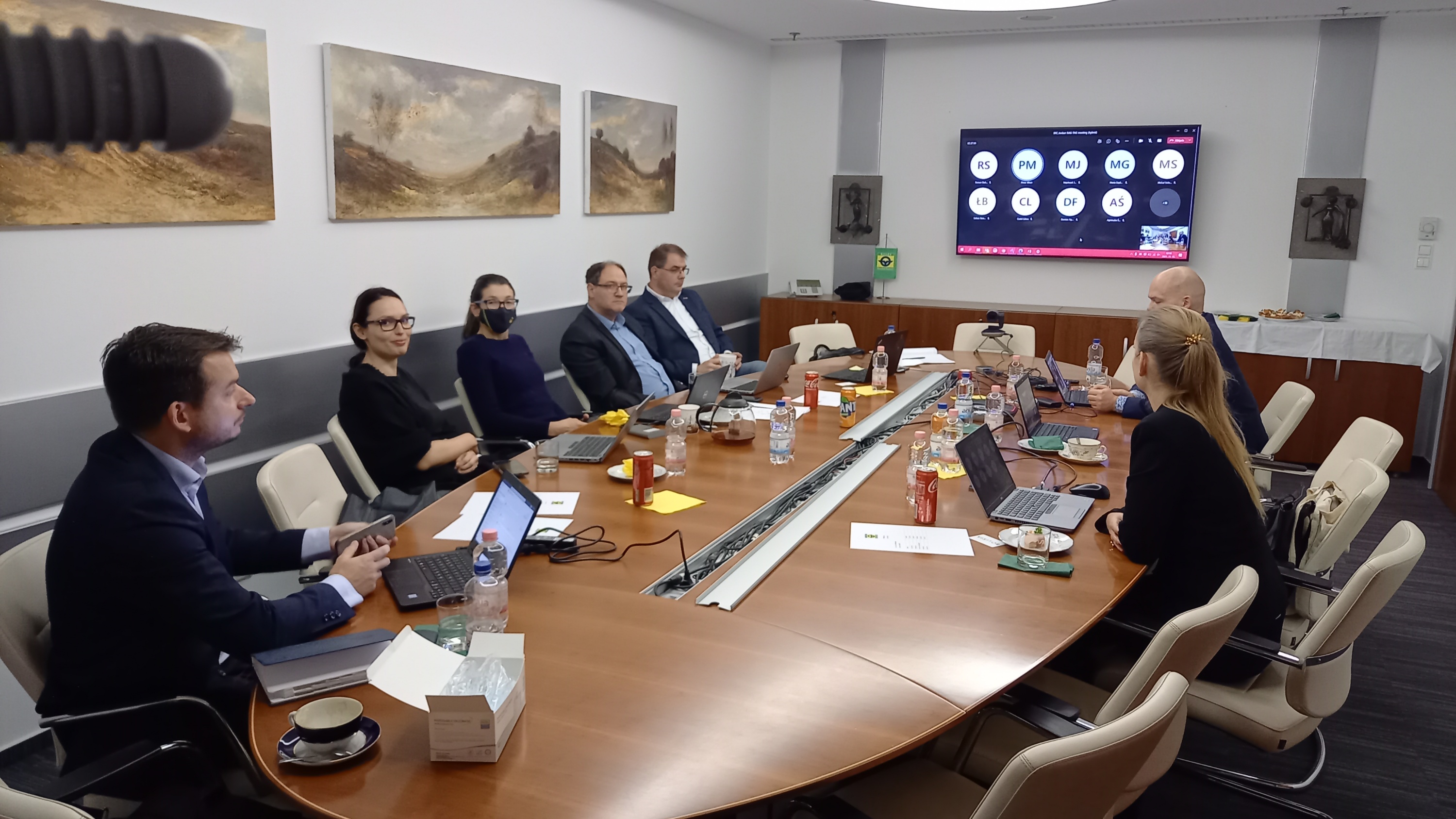 Meeting with the RFC AMBER Railway and Terminal Advisory Groups

On 15 November 2021 RFC AMBER held a meeting with the Railway and Terminal Advisory Groups (RAG-TAG) of the corridor. The meeting was organised as a hybrid-meeting, allowing participants to attend both in person and online to discuss various topics of importance for the attractiveness of the corridor to customers.

After having been forced to postpone earlier planned RAG-TAG-meetings due to the pandemic situation, RFC AMBER decided this time to hold the meeting as a hybrid-meeting, with the physical meeting hosted by GYSEV at its premises in Budapest, while providing the possibility to attend the meeting online for those not being able to travel due to pandemic restrictions.

The meeting served both the purpose to inform customers about recent developments and planned activities by the corridor and to exchange on critical topics, where customers are facing challenges for a smooth operation of freight traffic on railway lines of the corridor.

After opening of the meeting by the Managing Director, Dr. Troche, and welcome addresses by the Chair of the Executive Board, Mrs. Anka Rojs from the Slovenian Ministry of Transport, the Chair of the Management Board, Mrs. Andrea Mosóczi and the RAG-TAG-Spokesperson, Mr. András Nyíri, the Managing Director gave an overview over recent major events on RFC AMBER. He highlighted in particular the visit of the Connecting Europe Express, which made various stops at places along RFC AMBER – with our corridor being present with own stands in Sopron and Ljubljana – , and the operation of the first 740 m long TEN-T Demo-Train between Sopron and Budapest in October in connection with an international rail freight workshop organised by GYSEV.

After this introductory session, the C-OSS-Manager of our corridor, Mr. Roman Stanczak, informed about the capacity offer for the Timetable 2022, being able to report improved results regarding capacity requests, and gave an outlook on future developments.

Under the next agenda point, the Managing Director informed about planned activities and projects aiming at improved conditions for rail freight on the corridor, focusing on various studies, for which funding applications are currently under preparation.

The following agenda point was introduced with a presentation by Mr. András Nyíri, addressing the critical issue of major Temporary Capacity Restrictions (TCRs), which for many customers cause severe problems in planning and executing their operations, especially in international traffic. He highlighted in particular the in the view of railway undertakings insufficient capacity and quality of re-routing alternatives - which in several cases in their turn are subject to TCRs - making it difficult to ensure reliable freight services to shippers. As a consequence of unreliable service and higher costs due to TCRs, there is a fear that rail might lose traffic volumes to road transport, which can be hard to regain after finalisation of the works. From the side of the Infrastructure Managers it was emphasized, that they are making efforts to reduce the impact of TCRs on freight traffic – in certain cases even by temporarily replacing passenger trains by bus in order to free up capacity for freight. It was also noted that late funding decisions for works is a factor which impacts negatively on the possibility to thoroughly plan and coordinate TCRs. The improvement of the situation remains a common goal and the issue of TCRs will be further discussed in RFC AMBER with a view on identifying ways to reduce the negative impact of TCRs on freight operations.

In the final presentation of the meeting Mr. Jarosław Majchrzak from PLK gave an overview over planned improvements at the Terespol border crossing between Poland and Belarus, informing about various measures to increase the capacity in the border section and in the terminals for transshipment between the 1520 broad-gauge system and the European 1435 standard gauge network. Euro-Asian traffic constitutes a growing traffic source for the northern section of RFC AMBER and has further growth potential.

All participants agreed to continue the exchange and to follow up various points in up-coming meetings, which hopefully can be held without restrictions imposed by the pandemia.